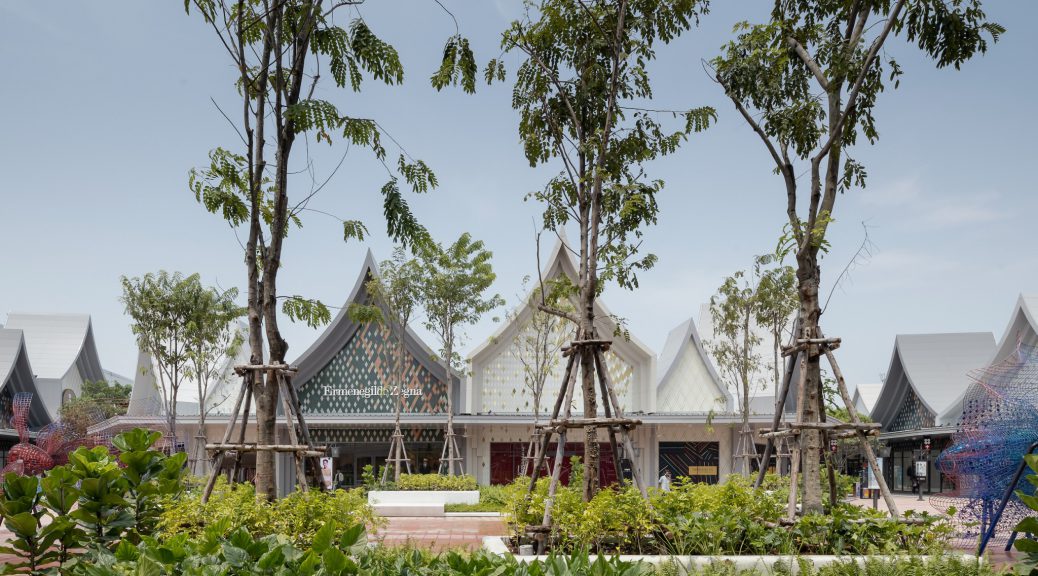 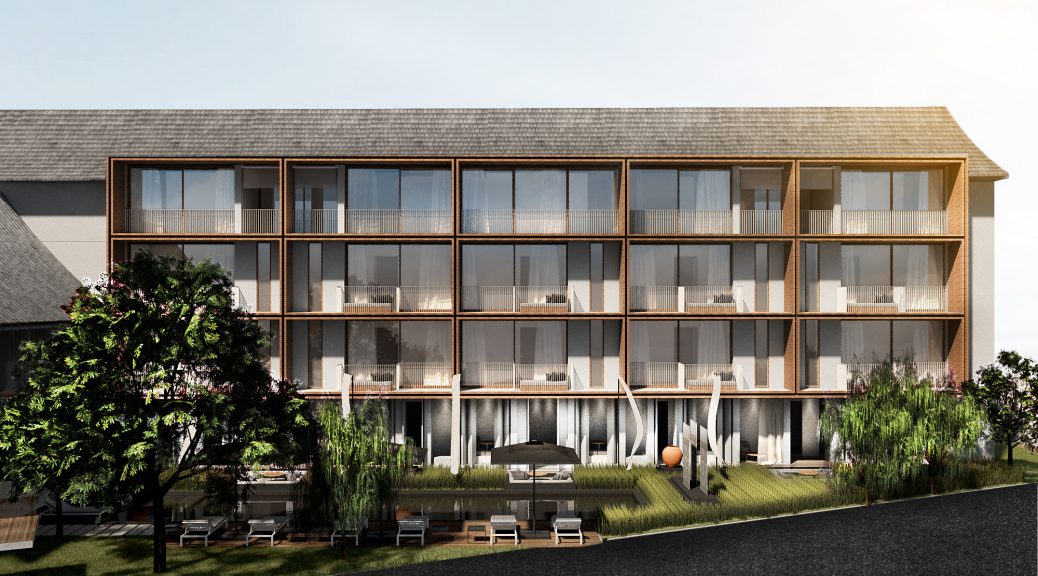 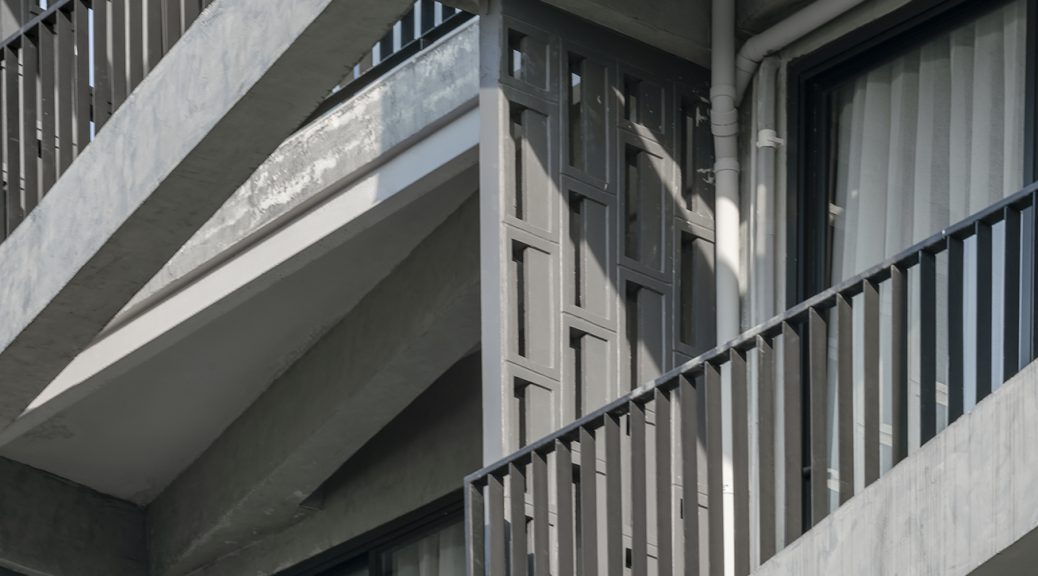 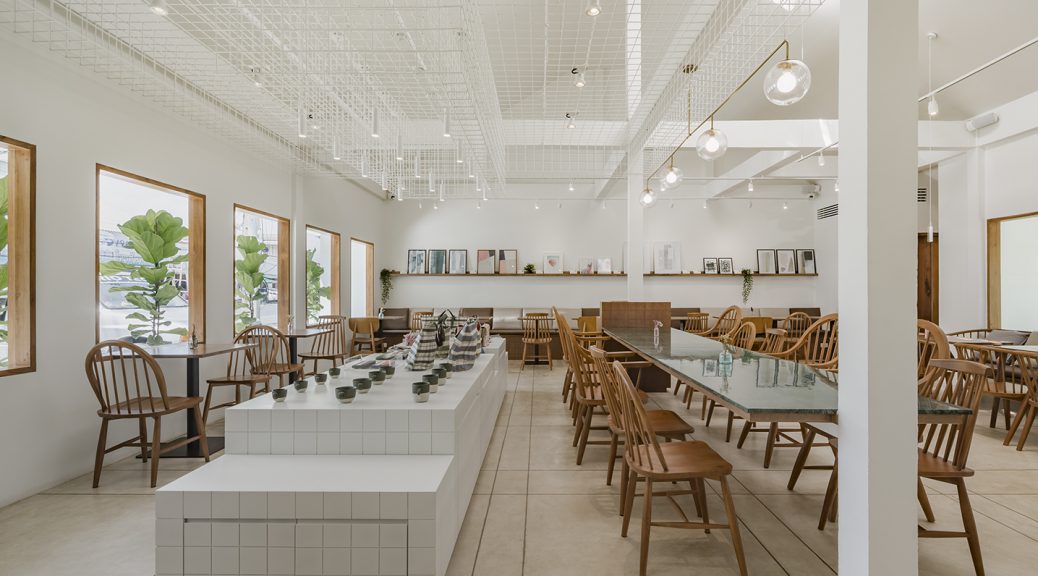 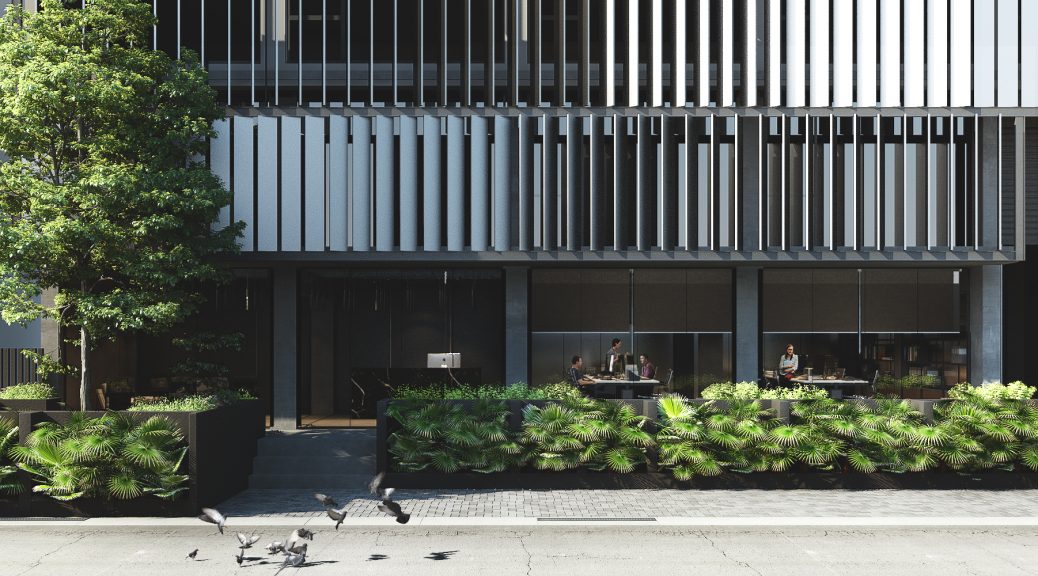 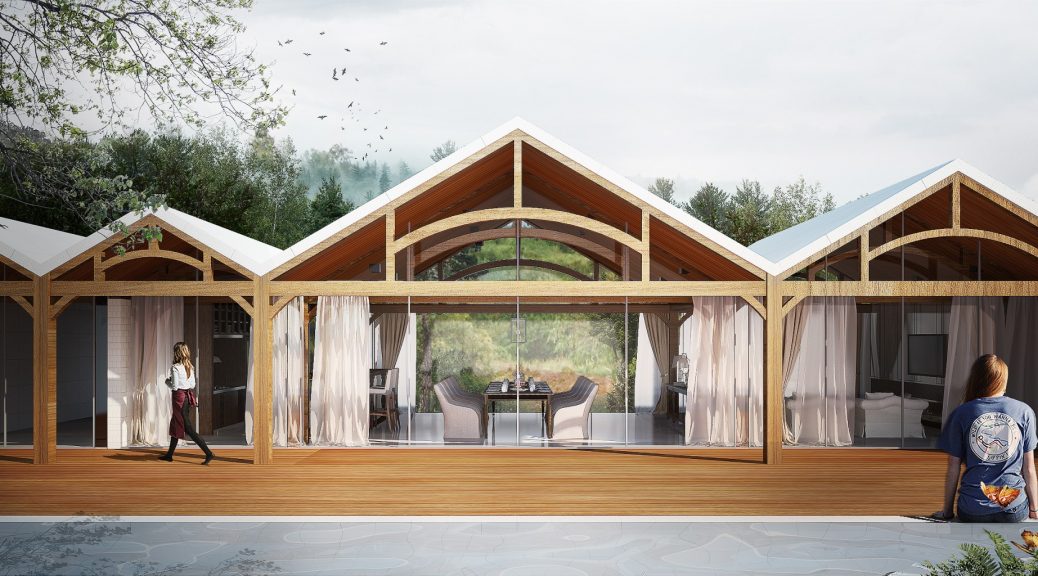 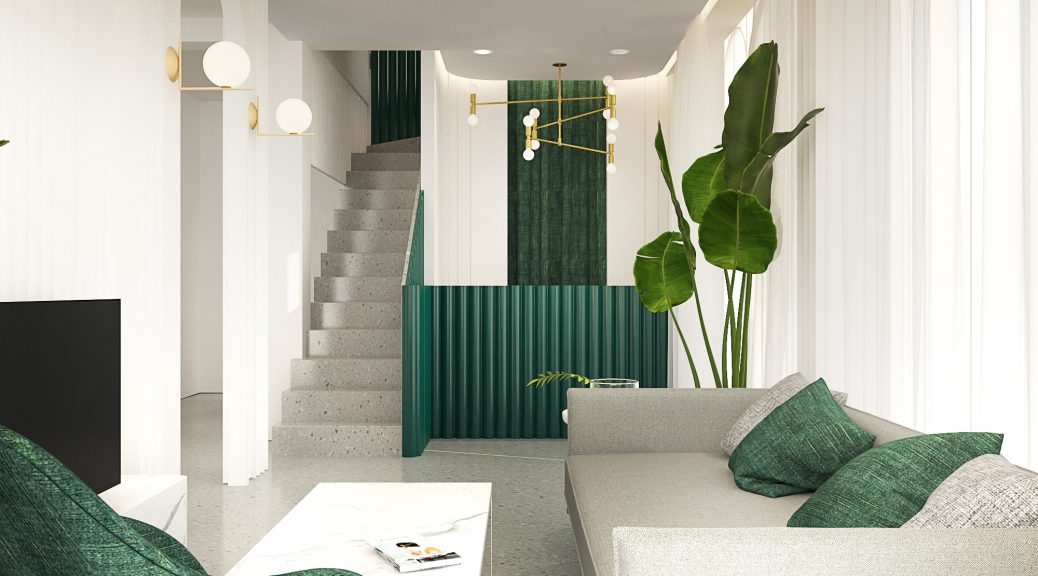 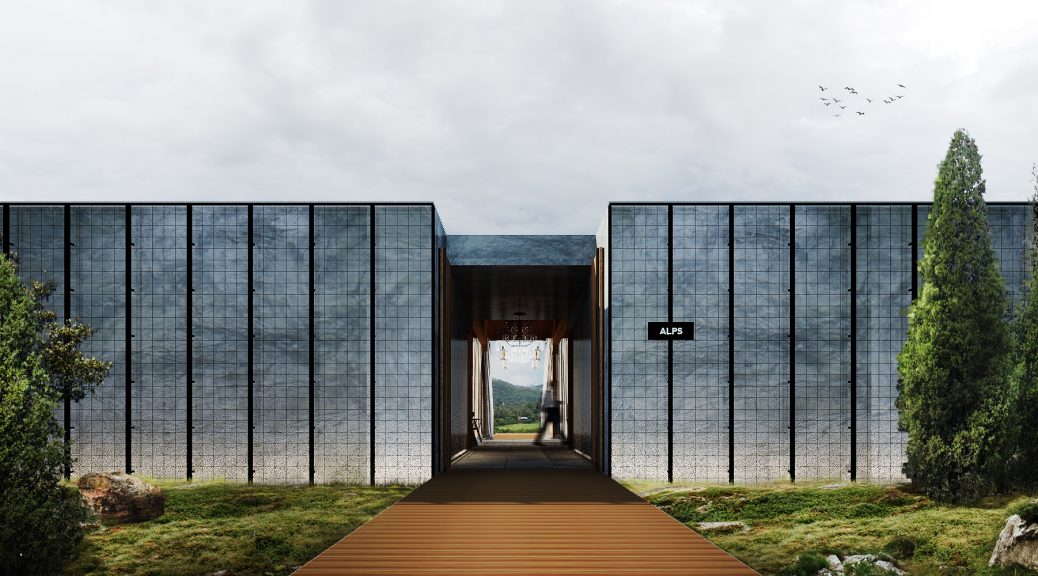 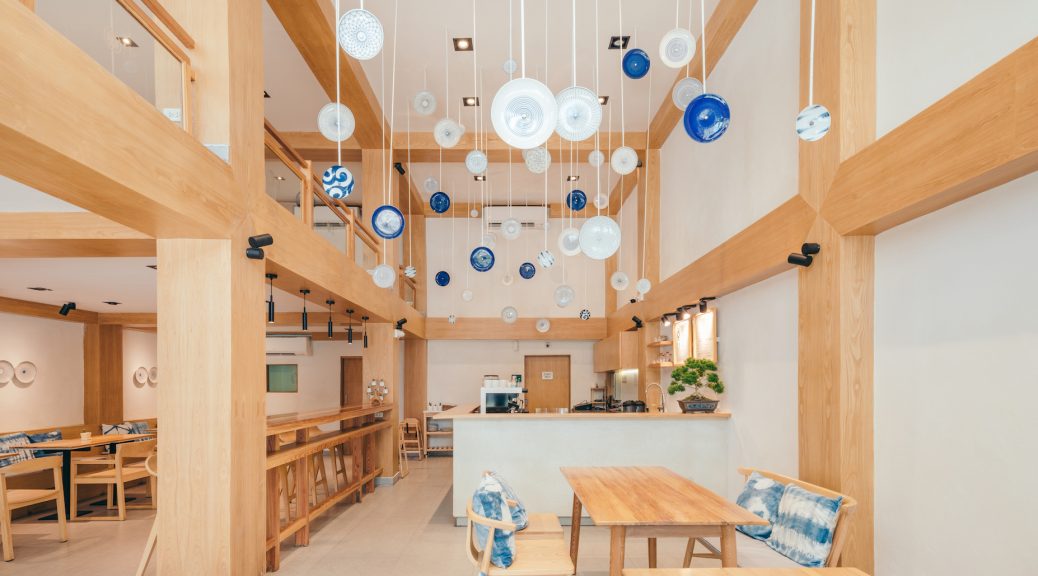 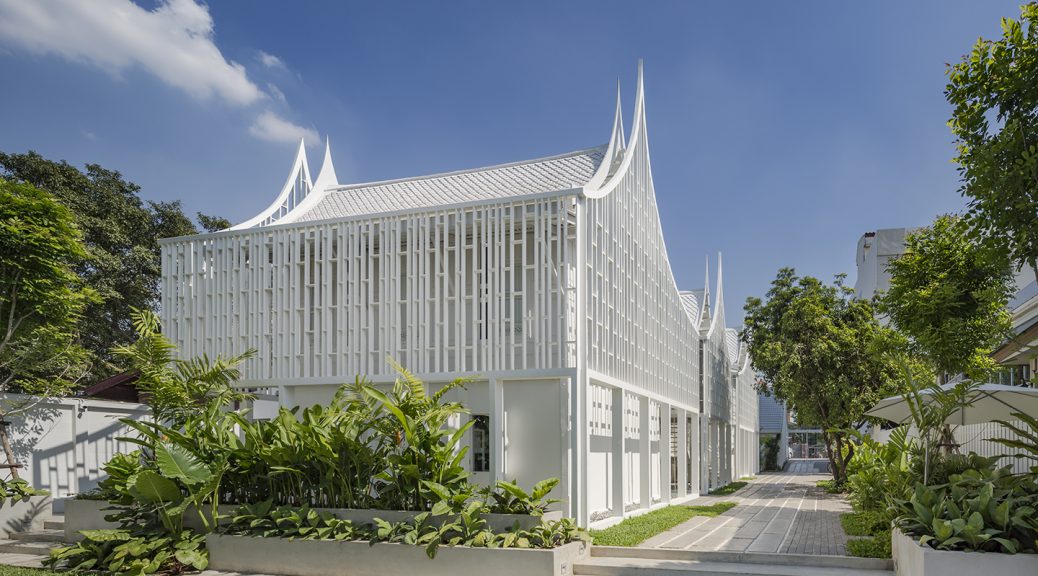 Located in one of the most historical provinces of Thailand, Busaba Ayutthaya is a hotel renovated from an old traditional Thai house aiming to represent “Thainess” in a more modern and more interesting way. The client is the owners of Busaba, Thai ‘traditional clothing’ inspired brand and Busaba café, which serves ‘traditional tastes’, and this time they want to expand the business to a new ‘traditional living’ hotel. It is a challenge that the house was rented under a long-term contract requiring the house to be returned to its original state when the contract ends.

One of the characteristics of traditional Thai house is that it is divided into 3 parts, including the leg which is the columns, the body which is the rooms and lastly, the head which is the roof. The leg parts are basically a multi-functional space under the house created to lift the house up to prevent flooding into the house during the rainy season. This under-house space can be turned to hanging out space, playground for children, pantry, storage or, even bathroom.

To keep this uniqueness of Thai house, the common areas are put on the ground level with the columns offset from the interior wall, so they can still be seen as the leg part of Thai house that has the under-house space functioned, while the guest rooms are mostly on the second floor serve as private space of the house. This arrangement gives the guest experience of living in a real traditional Thai house like how Thais did in the past but in a modern space.

The columns are a part of the façade connecting to the upper parts, the body and the head, that were combined together making a new form of Thai house façade separated from the main structure. The middle roof was rotated to be parallel with the other two roofs on the side to create a clear image of the façade facing the front which became the hotel signature.

The material used for this façade is metal which is a new recent material, contrast to the old wood of the house, making an interesting mixture in the architecture. The pattern was inspired by the Thai traditional wall pattern but minimalized, redesigned and rearranged. During the day, shade and shadow from the metal façade that appears on the old wall create the traditional pattern on it, giving the perception of the movement of the time where past and present are blended together.

White is used in the overall of the project with the idea of ‘white is the new black’, since white is now commonly used to represent modern, new and timeless. Moreover, white is also a neutral colour that allows the guests to add their own colour to the space.